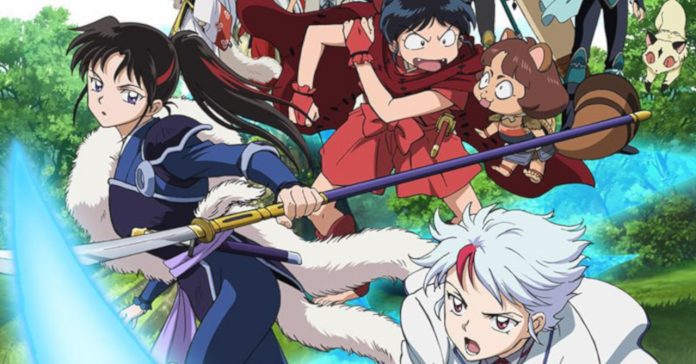 Announced back in May, we finally have our first look at the upcoming anime series Yashahime: Princess Half-Demon. In case you’re unfamiliar, this anime is a direct sequel to Rumiko Takahasahi’s iconic Inuyasha series!

Watch the trailer for Yashahime here:

The official announce trailer for the anime shows off exciting new footage, with a focus on the series’ three main characters which are Towa Higurashi, Setsuna, and Moroha (the daughter of Inuyasha and Kagome).

Yashahime: Princess Half-Demon’s premise is described by Viz as:

“The anime stars Towa and Setsuna, the twin daughters of Sesshomaru who get separated in a forest fire. Towa ends up in modern times and is raised by Sota Higurashi, Kagome’s little brother. Ten years later, they are reunited, but Setsuna is a demon slayer with no memories of her sister. Joined by Moroha, Inuyasha and Kagome’s daughter, they set off on an adventure to regain their missing past.”

Alongside the new trailer, Viz also released the official key art for the three main characters of the series: