Looks like the Spider-verse is confirmed in the MCU! 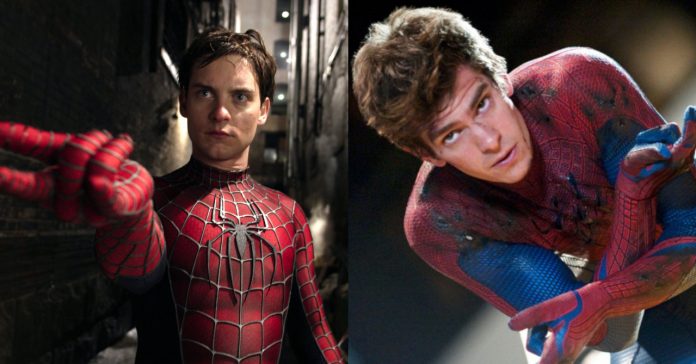 Following reports that Benedict Cumberbatch and Jamie Foxx are joining Marvel Studios and Sony Pictures’ Spider-Man 3, it seems that there are more big-name actors joining the cast. According to a report by FandomWire, Tobey Maguire and Andrew Garfield are also going to be part of Spider-Man 3. Given that both actors have played Spider-Man before, it seems like the third MCU Spider-Man movie will feature the first live-action Spider-verse!

In FandomWire’s report, it’s said that Maguire and Garfield will appear in the film’s final act, helping out the MCU’s Spider-Man (Tom Holland) against the movie’s various villains.

While the report cited a source from Sony, there’s no official word yet on if the two previous Spideys have already been cast. Though a report by Hypebeast says that the two actors are currently in talks to appear in the film.

Given that Spider-Man: Into the Spider-Verse has already featured spideys from different universes, it shouldn’t come as a surprise that the third MCU Spider-Man flick will also feature multiple spideys. The fact that Doctor Strange will be making an appearance in the movie is a strong hint that some multiverse shenanigans are going to take place in the movie.

Plus, introducing the Spider-Verse is an elegant solution for Sony Pictures if they do decide to separate themselves from the MCU. After all, Sony and Disney’s Spider-Man deal did break down last year, only for both parties to renegotiate a month after.