The future looks bright for K/DA! 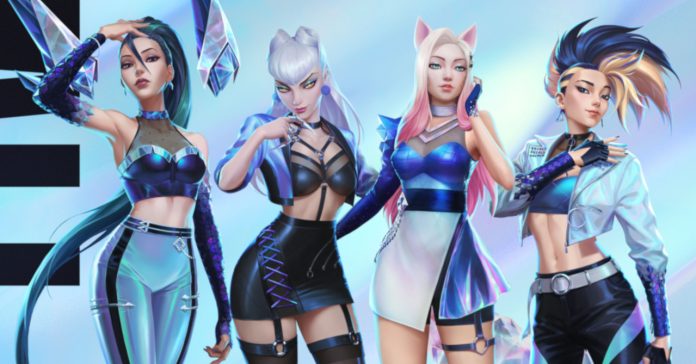 Last week, Riot Games released the long-awaited ‘ALL OUT‘ Extended Play of the virtual pop group K/DA. The new EP from the group features five songs, each of which feature various pop artists which take turns on the role of K/DA members Akali, Ahri, Evelynn, and Kai’Sa.

Recently, we were able to ask a couple of questions regarding K/DA and their new release to Toa Dunn, Head of Riot Games Music, and Patrick Morales, Creative Lead on K/DA and Seraphine. Toa and Patrick were able to answer some of our burning questions, including how they chose which artists to tap for the songs, as well what’s in store for K/DA in the future 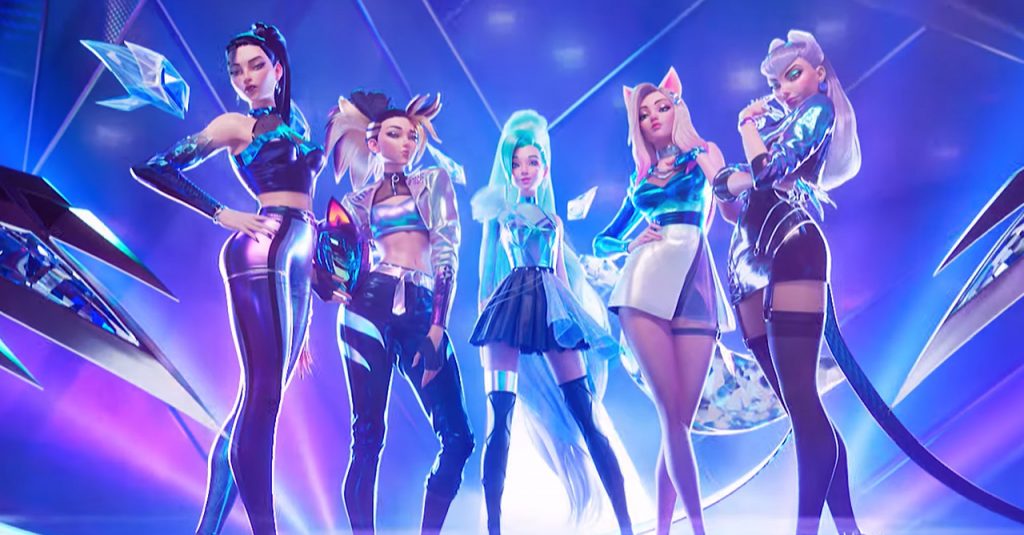 How were the artists that are part of the new EP selected?

Toa: It’s actually a fun process! It’s a collaboration with the music team as well as with Patrick and creative. It starts from the core, first and foremost, the band KDA, the members of the band. And then we get into building out the songs and understanding the roles of each member in the band. We then are able to figure out like, okay, you know if we’re going to have a rap verse by Akali here, we get to then think about who are some artists that we think could perform as Akali.  Someone who could do this performance in a way that feels great.

So that’s where we start with the creative processes of narrowing down artists that we could work with at that time. We definitely try to streamline that actual process, but really, it’s a fun one where we get to dig into the creative. We want it so that when you hear the song, you hear that first, verse by Akali or you hear the chorus by Ahri, it needs to feel or sound like her to resonate. And so that’s part of the decision-making working with artists

Patrick: Something that I’m personally excited about with the EP is that what we wanted to do was explore the sound of KDA more in depth than we have before. So far, fans of KDA recognize a sort of single sound which is what the group sounds like, but not quite through each of its individual members who all have their own distinct voices, personalities, perspectives, taste, and such. And I think what this album does is it allows us to explore further who each of the members are their unique musical tastes. I think what that gives us in turn is that we don’t quite treat KDA like specific characters who are attached to specific people, but rather they represent the different facets of how we kind of define KDA as a band and what sort of genres that they represent.

What that gives us is a lot of creative flexibility and freedom in the way that we’ve been able to collaborate with real-life artists and talent. And that’s coming to life in terms of what people are going to hear on the album. We feel that it’s a great creative arrangement that really helps us create a strong image of KDA 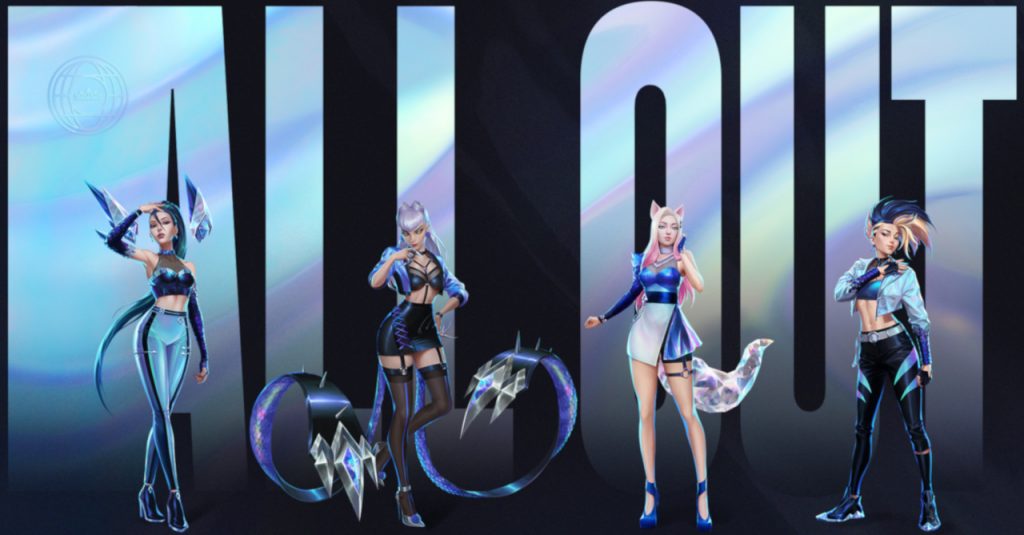 Given the popularity of KDA even outside the league fan base, are there plans for KDA or other LoL groups to become more “standalone” artists that are not tied to League events or promotions?

Toa: That’s an interesting, right? For us, we’ve really been passionate about music altogether, and even how we think of KDA and True Damage. We treat them like real artists as you see with ‘The Baddest’ leading up into ‘More’ then the Worlds event, and all the cool content that we were able to create for the fans at this time. But then when you look at how we’re also doing an EP, not just a single song but a full EP because that’s what we think the evolution of a band or artist is. Because that’s what we think the evolution for a band or artist is as it answer the question of how they can make their full amount of work known to fans.

To us, as we actually think of them as artists, having this kind of EP campaign after everything is already leaning into that a bunch. I think that’s what resonates with us and hopefully with fans. 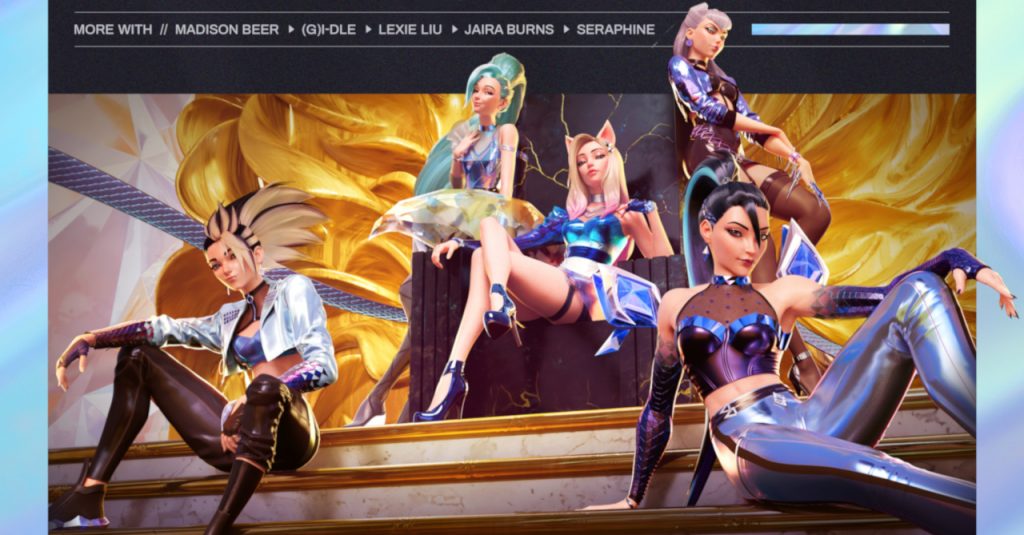 Is there a plan for even more frequent releases of music for K/DA?

Toa: Yeah, with K/DA getting their new EP now, I think we’re looking holistically at our catalog of music that we deliver. We actually have been scaling up in the music that we release. So as Riot kind of scales and more places open up where we can lean into music, I think potentially you will see more music from us. So I think overall yes, but it remains to be seen if it’s just more K/DA or more True Damage. Though it’s not our goal to rush and hurry things, we really want to do what feels right creatively for the bands, for the [LoL] music universe as a whole, and for the whole kind of ecosystem that Riot has and all the different products and games other kinds of of entertainment experiences we can lean into.

The K/DA ‘ALL OUT’ EP is now available on all major streaming platforms, including Spotify, Apple Music, Amazon Music, YouTube Music, and more.

In related news, the K/DA event is currently live on League of Legends, Teamfight Tactics, Legends of Runeterra, and Wild Rift.