A full English translation of Live A Live’s board game is now available!

You can get the translated rulebook here! 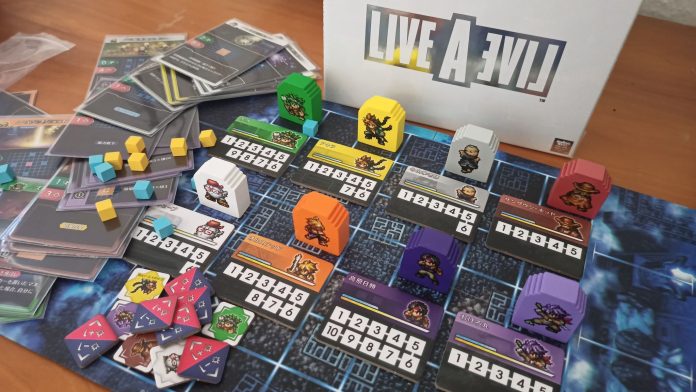 In case you haven’t noticed, there’s this trend with video games that is happening more often than not recently – where apart from getting a cartridge or disc of your favorite title, publishers are also throwing out a tangible and very playable board game that you can try out with your friends outside of the digital realm. Don’t believe me? Well this year alone we just got THREE video game titles getting the tabletop treatment! Check out Eastward by Pixpil and publisher Chucklefish (pictured above).

Eastward’s collector’s edition includes a cooperative-style board game where players are collectively “working together to rescue villagers and defeat enemies, racing against a sinister miasma that threatens to engulf the world”. If you are a fan of Pandemic (the game, not the IRL event), Arkham Horror or Forbidden Island, this game is right up your alley! 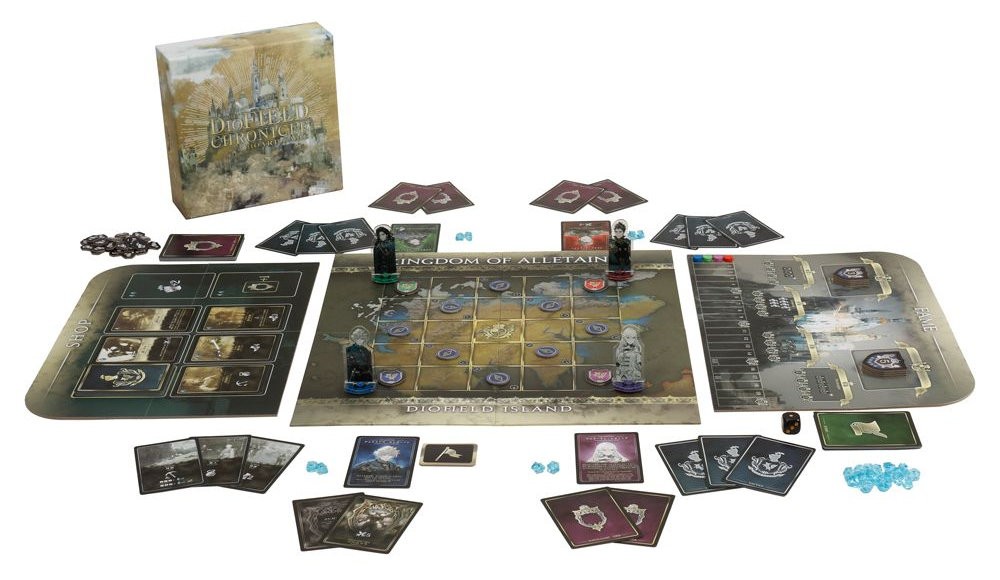 The second one that was announced just last July is from the upcoming tactical RPG The DioField Chronicle by Square Enix. You can get this game as part of the collector’s edition (see a trend here?).

Based on the nature of the video game alone, you can expect the mechanics to be quite opposite from Eastward as this suggests a more competitive and area-control-ley nature of gameplay.

The third one, Live-A-Live, also by Square Enix is a game that was just released officially in the West last month. Originally rolled out for the Super Famicom back in 1994 for a Japanese audience, the game had a solid fan base especially in the early 2000’s because of the video game community’s effort in making an accurate English fan-translation. The game effectively got a third wind this year for a new generation of gamers because of this remake, which is basically an overhaul and cleanup in game mechanics, not to mention giving it a fresh coat of paint with the HD-2D aesthetics. 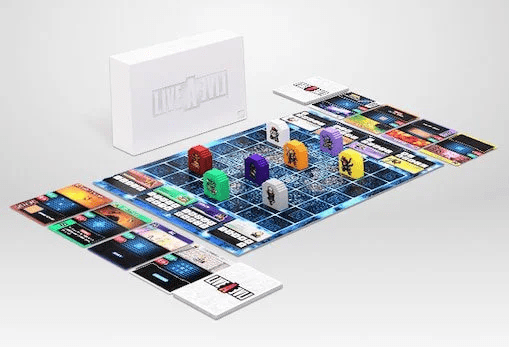 Sadly, a Collector’s Edition for Live-A-Live was only ever released exclusively for Japan and with it included a two-player board game that was in native Japanese language. The game features a 1-versus-1 board game that heavily borrows mechanics from the digital counterpart and features all 8 of the main characters duking it out on a board. 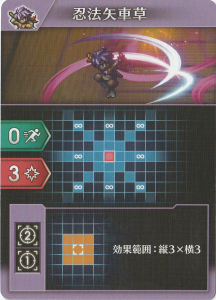 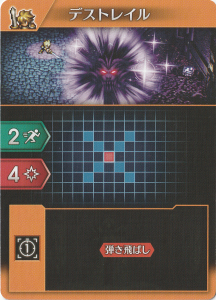 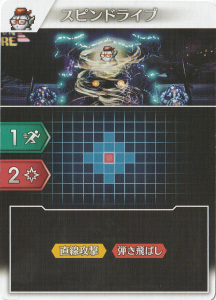 Gameplay-wise if you played games like Robo Rally and Colt Express, the game borrows similar aspects from it as you program your chosen character using “action cards” that dictate in a turn (or a future turn) for your character.

Looks amazing, right? As any tabletop fan who champions the cardboard cause, this sure looks amazing if we can somehow find a way for public consumption, right?

Well my fellow cardboard connoisseur, you are in luck! With the help of an anonymous Japanese translator, with scans coming from MarioFanaticXV and some revisions from yours truly over at ungeek.ph, we would like to share with you a FULL ENGLISH TRANSLATION of the board game! 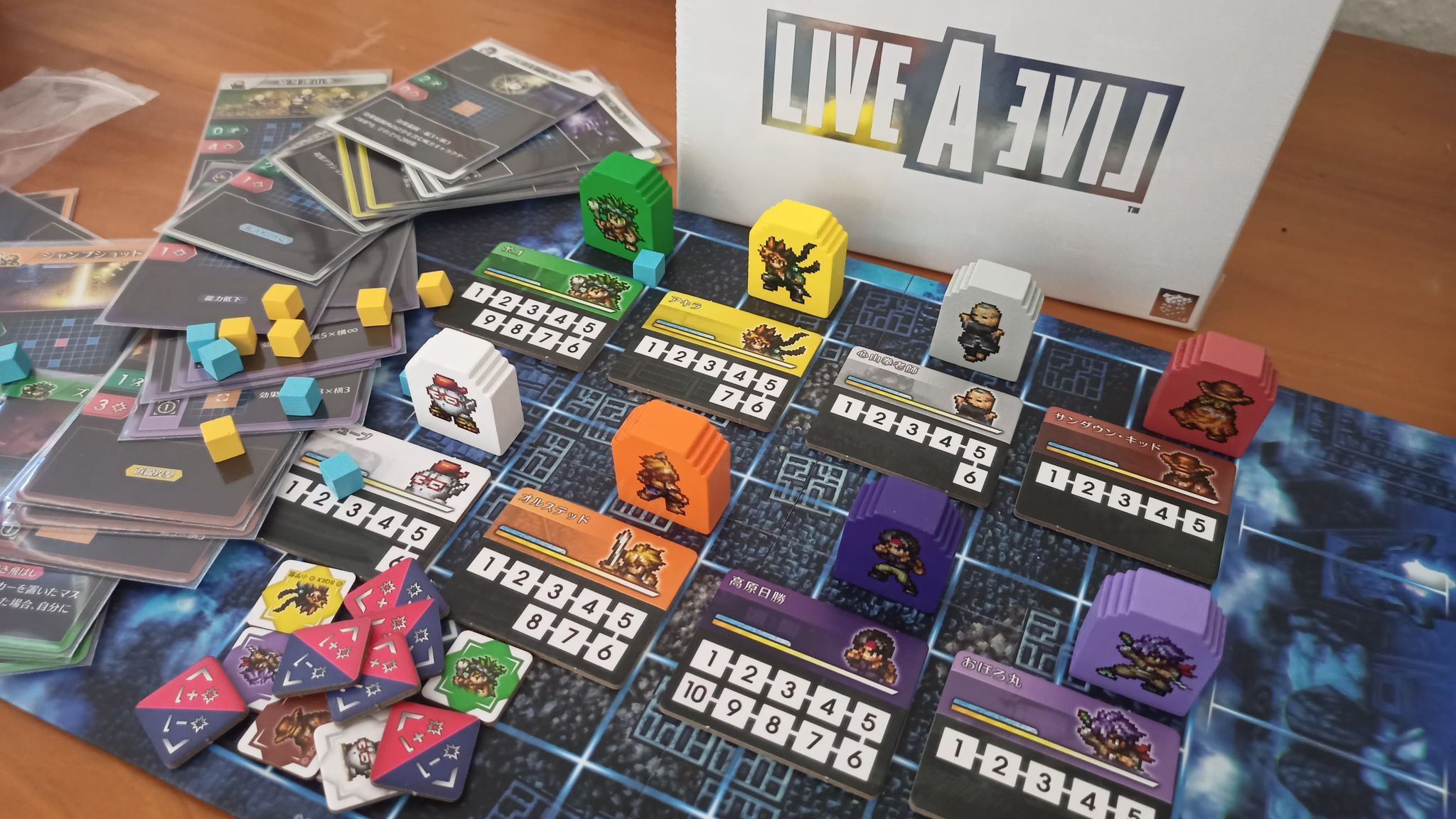 Before everything else, this I would like to emphasize that this is a fan translation which is a work in progress and any input to improve this will be greatly appreciated!

Right now the full English rulebook (currently at version 1.01) can be downloaded here. In the coming days we will share a full scan of the action cards complete with English text.

Again, this is a work in progress and we will make sure to update this article as new stuff gets added, especially with the fully translated scans of the action cards. But for now, this English Translated Rulebook should be enough to get you started on learning and playing this tabletop adaptation.