Junji Ito is back for Magic: The Gathering’s next Phyrexian-centered expansion 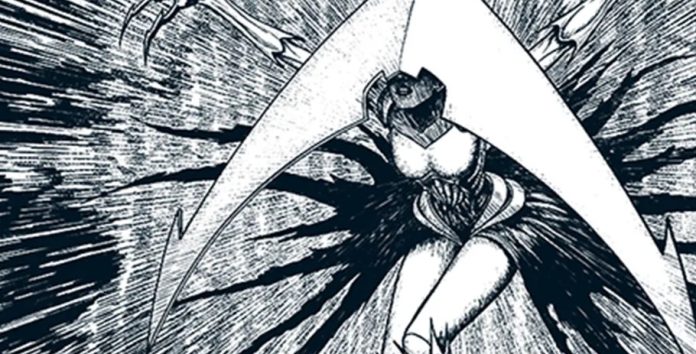 Wizards of the Coast, publisher of the popular collectible card game Magic: The Gathering has once again tapped legendary Japanese horror manga artist Junji Ito back for more Magic: The Gathering goodness, this time revealing art for the game’s upcoming expansion titled Phyrexia: All Will Be One – the first set to be released in 2023.

Junji Ito, is Japan’s version of H.P. Lovecraft or Stephen King. His manga mainly focuses on unspeakable horror and fear of the unknown. Honestly, his way of interpreting otherworldly entities and inking them for visual consumption is really second to none.

And then, we have the new 'Step and Compleat' cards in #MTGPhyrexia! pic.twitter.com/Kl5BorT384

Here’s a pic of the card and it’s effect: Elesh Norn, Mother of Machines is a Legendary Phyrexian Praetor that’s five mana to cast with a decent 4/7 Vigilance body. More importantly though, Elesh Norn has an effect similar to Panharmonicon where it gives extra value out of your “entering the battlefield” (ETB) triggers as they trigger an additional time. His second ability basically shuts down your opponents own ETB triggers. Much like Sheoldred The Apocalypse, once you see Elesh Norn hit the table, if you have no answer for this 5-drop then chances are it is good game for you.

Phyrexia: All Will Be One releases globally on your friendly local game stores on February 10, 2022. Store locator here. 5 reasons why Jumpstart 2022 is one of the best-designed formats for Magic: The Gathering