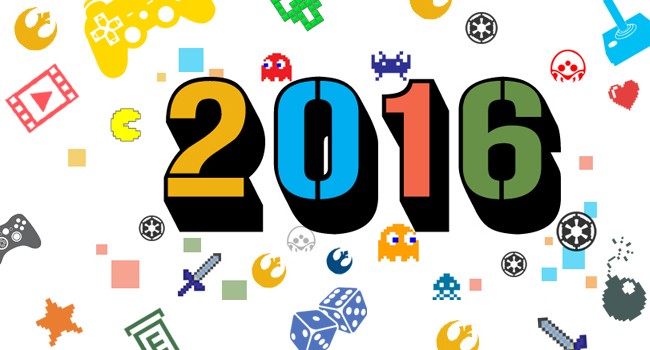 It’s been a wonderful year for us here at Ungeek.ph. A lot of things happened in 2016 that we never thought would happen to the site and we’d like to take this moment to thank you, our readers.

As we take the few final hours before we bid farewell to the year and look forward to 2017, here are our favorite stories (and fondest memories) from 2016. – Some behind the scenes commentary ensues as well, so read up, peeps!

[April 2016] Our first real taste of what an International e-Sport event could be. Seeing International DOTA 2 players (and being able to talk to some of them) really gave us an eye-opener to the realm of sports journalism. If you think Dota 2 casting is intense, churning out stories on a live event like this is a lot worse! Huddled in one of the backrooms of MoA Arena with the rest of the Media, we were taking turns writing articles while a remote team is on the ground taking photos, videos and tracking down interviews with Dota 2 players and personalities (SwindleMelonzz, ODPixel, LaNm and cArn from Fnatic). It was exhausting and totally riveting but worthwhile and we would never hesitate to do this all over again. If anything, ESL One Manila taught us the resiliency and creativeness needed for the job at hand. And it sets the training ground for more event-based reporting throughout 2016.

ESL One Manila sets Philippine eSports on Fire during the first day!

[June 2016] The biggest e-Sport event to happen in the country, Dota 2 Manila Major is one of the major international legs of the Valve-sponsored tournament. With a prize pool of $3 million, Dota 2 Manila Major brought 13 international teams and a lot of international delegates to Philippine shores. Manila Major spared no expense with the set-up and produced one of the best sports events the country has ever seen! Heck, they even had Kristian Nairn (Hodor of Game of Thrones) hold the door during the final match! Coming from ESL One Manila, we were a little bit more prepared this time around, except, during that same weekend, another major geek event is happening right across the stadium – ToyCon 2016 (which Ungeek also covered). Dun-dun-duun! Still, we trudged on and were extremely proud of the team and what we were able to accomplish.

[August 2016] It seems we couldn’t catch a break. Hehehe. We had to split the team again as the biggest comic-book and geek-related event happened simultaneously with the first ever History Channel Convention (where they showcase all the shows from History Channel Asia –Pawnstars, Storage Wars, Ancient Aliens and their History Asia’s latest show, Celebrity Car Wars among others)!  Still, having Giorgio Tsoukalos and Millie Bobby Brown on the same weekend? Yes please! The year was definitely getting geeky by the moment and we were reveling in it!

[September 2016] Definitely one for the books and one of the major milestones for the site! When we submitted our media registration earlier in the year and got almost zero replies, we thought that was that. When we got the approval just a couple of weeks before the event, we almost killed ourselves to get our Visas done, book our plane fare and our lodging accommodations (literally got our visas approved 2 days before our flight)! The super stressful preparation paid off and we got more than what we bargained for by having the time of our lives covering one of the biggest video gaming conventions ever.  We also churned around 20+ articles and a couple of videos during that whole trip. Not bad indeed for first-time international con goers! :p


[October 2016] Pretty much the TGS of the Philippines, this year’s ESGS 2016 took huge steps to make the whole experience bigger and better in every way! The booth setups were huge and reminded us strikingly of Tokyo Game Show. The brands took advantage of SMX’s high ceiling and really upped their production. For the first time, a locally-produced event was able to mimic the scope, intensity and feel of an international event. So kudos to the guys who labored and made the show such a success! Galing!

Partly because of the site’s growth and movement, I was really thrilled that Sony Philippines took notice of our budding little media outfit to warrant us early access to try and playtest Final Fantasy XV and The Last Guardian. These little victories meant a lot to me, not just because we’re such huge Final Fantasy fans (as evident by the number of articles we’ve written about the game), but it shows that the brands trust us enough with their property.

[December 2016] We were immensely thrilled that we were able to give so much back to a community that helped transform our little weekender site to what it is now, and we could not have done this without the help of our brand partners. We are so grateful to them for providing amazing prizes that we can raffle off to our community. The PlayStation 4 unit in particular was a surprise even to us (initially,the Final Fantasy XV disc would have been our Grand Prize)! If you told me a year back that we would be handing out a PlayStation 4 unit as a prize to our community I would have called you crazy. Who would have thought, huh? ☺

Get ready for our biggest giveaway yet! Ungeek’s ‘Holiday Geek Gift Giveaway’ happening on December 15!

All in all, 2016 has been a good year for us and we’re foreseeing better and grander things come 2017. So from all of us here at Ungeek, I’d like to personally express my thanks for your continued support and we hope that you geek out with us for years to come! Happy New Year, everyone! Maraming salamat po! Kitakits sa 2017! – Colin Chan, Managing Partner, Ungeek.PH