Magic: The Gathering ‘Phyrexia: All Will Be One’ card preview – Furnace Punisher

With the story nearing conclusion, are we going to see Elesh Norn's multi-plane scheme to compleation? Or will our Planeswalkers triumph? 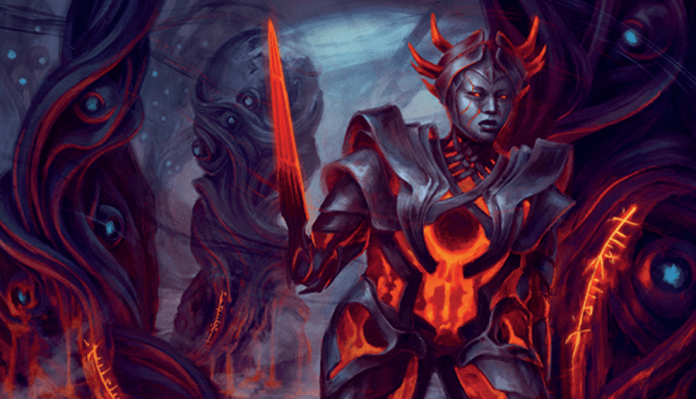 Part three of Magic: The Gathering’s Phyrexian story arc is set to unravel next month in Phyrexia: All Will be One. We saw some devastating consequences falling into the hands of our beloved Planeswalkers Tamiyo and Ajani in the last sets (Kamigawa: Neon Dynasty and Dominaria United) and now, with the upcoming expansion – Phyrexia: All Will be One, 5 more Planeswalker’s are getting the compleated Phyrexian “phase-lift”. These are the 10 Planeswalkers involved in the latest set. 5 of them are already revealed to be compleated in Magic: The Gathering’s official story page , I won’t spoil it here but if you want to know who got what, you can check this link.

With the story nearing conclusion, are we going to see Elesh Norn’s multi-plane scheme to compleation? Or will the combined effort of our planeswalkers triumph? (whoever is left, that is).

Phyrexia: All Will Be One’ card preview – Furnace Punisher

And on that note, UnGeek has another preview card sent over by our friends from Wizards of the Coast. Check out Furnace Punisher! 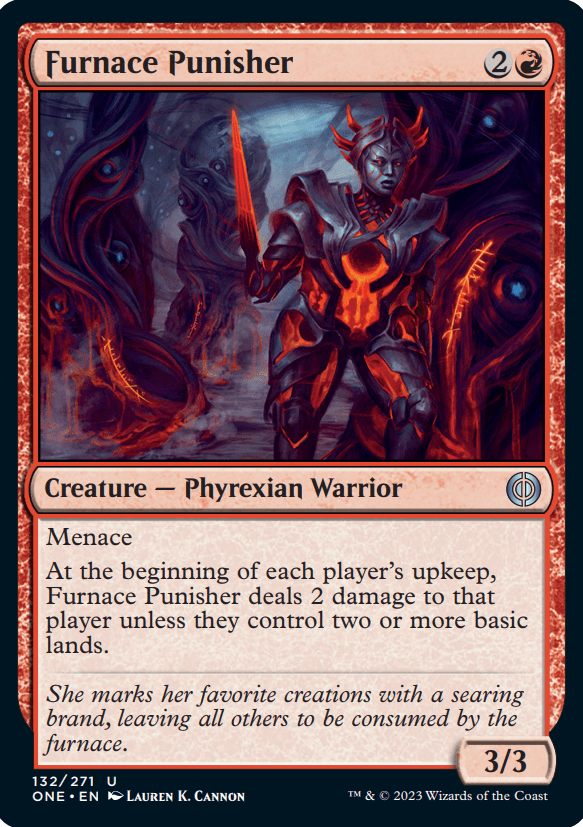 Off the bat she has the Menace ability which makes the creature a bit more challenging to block with as it needs at least needs 2 creatures to deal with this Phyrexian. What’s interesting though is her second ability akin to the creature’s namesake as it “punishes” board states having less basic lands – dealing the player 2 damage when he or she doens’t have 2 or more basic lands. Bear in mind though, true to Phyrexian nature, this can affect all players every upkeep phase – including the player controlling it!

I can see this card in decks which can ping through an opponents life total at a constant rate, an attribute that red does very naturally.

Pre-release events will start of February 3, with an official release at your friendly local games stores just a week after, on February 10. 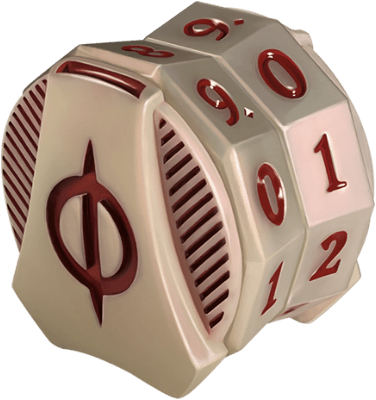 ‘Phyrexia: All Will Be One’ will be available in the regular 16-card Draft Boosters, Set Boosters, Collector Boosters, 2 Commander Decks that are in line with the set, and a very special “Compleat Bundle” which includes a fan-favorite life dial that goes up to 99 set to the colorway of Elesh Norn which is red and white.

Additionally, Jumpstart boosters that is in-line The Brother’s War theme will also be available as their way of easing the entry to newer players.

The 5 best Magic: The Gathering products from 2022