The Uniqlo UT x Evangelion collection is coming to the Philippines

The collab releases in stores next week! 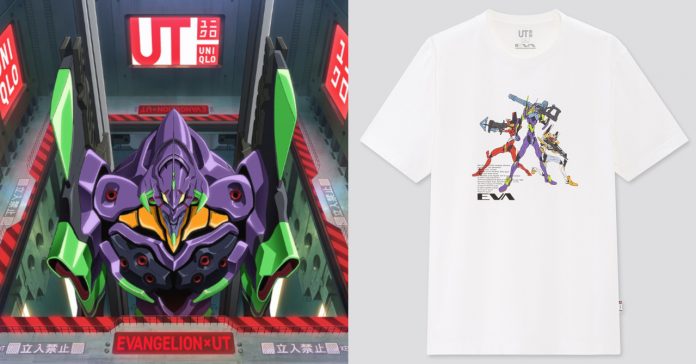 First revealed back in April, the Uniqlo UT x Evangelion collection is getting released in the Philippines soon. How soon? The collab drops in Uniqlo PH stores next week, June 22!

The Evangelion UT collection consists of eight graphic tees, each of which feature designs inspired by the iconic anime franchise. Check out all of the designs in the collection here:

This Evangelion graphic tee collection was released in Japan back in April, with each shirt priced at JPY 1,500 (around PHP 695). Uniqlo Philippines has yet to announce PH pricing for the collection; though we expect each tee to have an SRP of PHP 790 here, based on the prices of recent Uniqlo UT collections.

The Uniqlo UT x Evangelion line is far from the first anime collection from the Japanese apparel brand. Uniqlo has long released anime/manga-inspired graphic tees, with collections such as Shonen Jump, Makoto Shinkai, Dragon Ball, One Piece, and many more. Aside from anime/manga, Uniqlo has also collaborated with games such as Fortnite, Super Mario, and many more.

In related Evangelion news, there has been a surge in Evangelion merchandise, including watches, earbuds, and even shaving razors.

- Advertisement -
Previous article
Super Robot Wars 30th Anniversary game listed for 2021, teasing a PS4, PS5 and Switch release
Next article
In KFC Island everyone is welcome, even Jollibee and Mcdonald’s